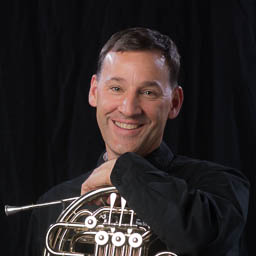 Ben picked up horn in college (with encouragement from his friends in the mellophone section) hoping for free vacations with the Hawkeye Marching Band.  It worked! From then on it was hard to put down the horn for long.

Through med school, residency, and early career days he assisted his wife, Racheal, in various pit orchestras, community bands, and church groups.  For the past 12 years he has played in the Piedmont primetime community band as one of its inaugural members.

His musical background came from years of choir, piano and vocal ensembles including college groups, however he truly found his voice with the Horn.