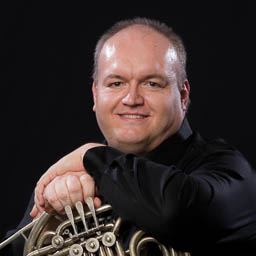 Keelan Lovvorn recieved his Bachelor’s Degree in Music Education from the University of Georgia where he studied horn with Dr. Jean Martin-Williams.  He then moved to Michigan where he worked as a counselor at the Interlochen Arts Academy. During this time he performed with the Traverse Symphony Orchestra in Traverse City, MI, and persued a side interest in composition and arranging that continues today.  He then began studies with Professor Janine Gaboury and recieved his Master’s Degree in Music Performance from Michigan State University and performed with the Lansing Symphony Orchestra, Lansing, MI, as interim 4th horn as well as substitute horn with several orchestras throughout Michigan.

Keelan and his wife now live in the Charlotte area where he performs as a freelance musician with various churches, theater productions and performing ensembles in the area.  He is currently a member of the CPCC Opera Theater Orchestra as well as a member of the Union Symphony Orchestra, the Ballantyne Chamber Orchestra, the Charlotte Civic Orchestra, and the Charlotte Brass brass quintet.  Also, along with his two collegues of the Palmetto Horn Trio, he is a founding member of the Horn Society of the Carolinas (www.hornsocietyofthecarolinas.org).  In addition to serving on the advisory board for the HSoC, he has written numerous arrangements for the group to read for fun as well as to perform in recital.

Keelan lives in Fort Mill, SC with his wife, their dog Buddy and cat Mouse.